“Commitment is staying true to what you said you would do long after the mood that you said it in has left.” –Inky Johnson 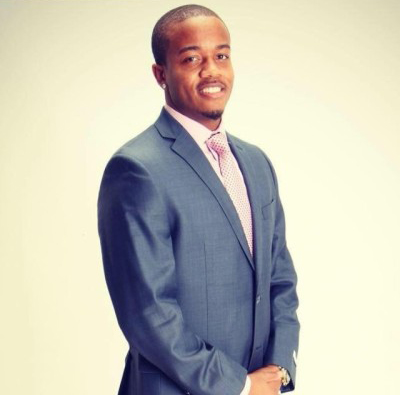 These words above hold a special place in the heart of Jabari Jackson. The founder of the nonprofit Respect My Life Foundation based out of Morris County, NJ, Jackson quoted the words of the inspirational hero during a presentation he gave as a guest speaker at an AlphaGroup office-wide TIDE (Tolerance, Inclusion, Diversity, and Equality) event held during Black History Month.

A longstanding friend of the AlphaGroup team, Jackson created the Respect My Life Foundation with the goal of using educational and extracurricular activities to foster positive change and encourage people to respect one another’s differences. He joined us to share how his organization empowers people from all backgrounds to serve a general purpose of giving back to their respective communities.

He explained that “giving back” does not necessarily mean simply donating money; it is also the sharing of knowledge, time, effort, and energy. One of Jackson’s most recognized efforts of giving back is his PB&J Drive. The Dish Network contacted and partnered with RML to unify and join in the effort to make peanut butter and jelly sandwiches, which are distributed to the homeless throughout New Jersey and New York.

Well known as mentor and coach, Jackson said he believes that we all have a light within ourselves that serves a purpose to help someone else. This belief is perfectly encapsulated in the Marianne Williamson quote from her self-help book, A Return to Love. Jackson shared the quote, which was also used in the movie Coach Carter, during his presentation to AlphaGroup: 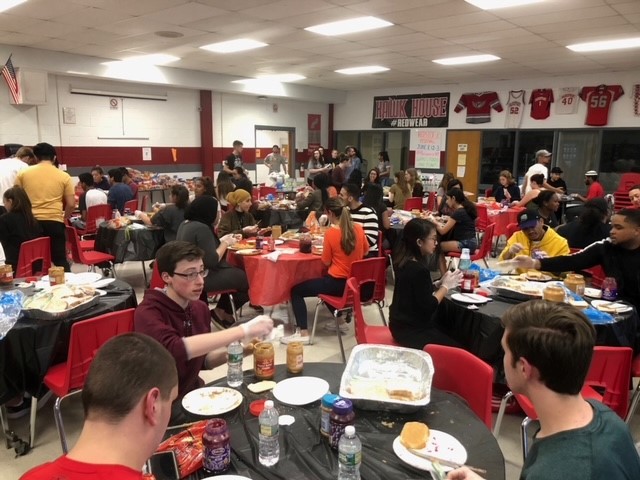 The Dish Network partnered with the Respect My Life Foundation making more than 500 PB&J sandwiches for those in need in the Newark, NJ area.

“Our deepest fear is not that we are inadequate. Our deepest fear is that we are powerful beyond measure. It is our light, not our darkness that most frightens us. We ask ourselves: who am I to be brilliant, gorgeous, talented, fabulous? Actually, who are you not to be? You are a child of God. Your playing small does not serve the world. There’s nothing enlightened about shrinking so that other people won’t feel insecure around you. We are all meant to shine, as children do. We were born to make manifest the glory of God that is within us. It’s not just in some of us; it’s in everyone. And as we let our own light shine, we unconsciously give other people permission to do the same. As we’re liberated from our own fear, our presence automatically liberates others.”

Jackson led a March for Black Lives on June 2, 2020; it was the first Black Lives Matter march held in the suburbs of New Jersey and it drew more than 3,000 supporters to march in the spirit of unity. Governor Phil Murphy gave a shout-out to this event, whose call to action was, “No Justice, No Peace.” The march served as an impetus to similar events in other counties throughout the state. It is this event alongside the quarterly clothing drives, yearly school backpack collection, semi-annual PB&J drive, and continuous toy donations that Jackson uses as an example of how it is the frequency of action to support an initiative—not the intensity of the commitment to an effort—that is critical to enact change.

Respect My Life Foundation was established by Jabari Jackson in 2018. Based out of New Jersey, the organization was created to use educational and extra curricular activities to foster positive change in our communities.

The AlphaGroup intends to use Jackson’s words and inspiration in its efforts to enact change and make a difference in the communities of our employees. AlphaGroup pledges to commit to the Respect My Life Foundation’s drive for feminine products, which we hope also helps draw attention to Women’s History Month. Every year March is designated Women’s History Month by Presidential proclamation to honor women’s contributions in American history.

The youngest inductee to the Parsippany Hall of Fame, Jackson also taught AlphaGroup the importance of fully committing to the goals of our TIDE initiative to support the company’s core values by providing ongoing education, collaboration, and accountability within our workplace, in our online presence, and during our client-facing efforts.

This website uses cookies to improve your experience while you navigate through the website. Out of these cookies, the cookies that are categorized as necessary are stored on your browser as they are essential for the working of basic functionalities of the website. We also use third-party cookies that help us analyze and understand how you use this website. These cookies will be stored in your browser only with your consent. You also have the option to opt-out of these cookies. But opting out of some of these cookies may have an effect on your browsing experience.
Necessary Always Enabled
Necessary cookies are absolutely essential for the website to function properly. This category only includes cookies that ensures basic functionalities and security features of the website. These cookies do not store any personal information.
Non-necessary
Any cookies that may not be particularly necessary for the website to function and is used specifically to collect user personal data via analytics, ads, other embedded contents are termed as non-necessary cookies. It is mandatory to procure user consent prior to running these cookies on your website.
SAVE & ACCEPT